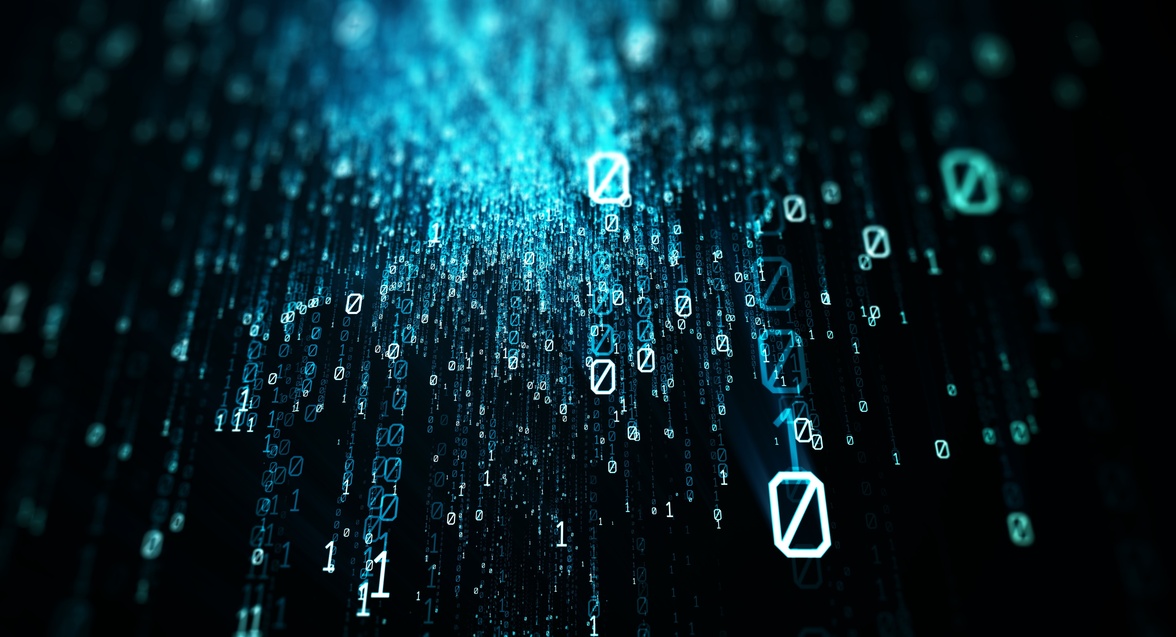 China has now taken its place, alongside Russia, Iran and North Korea… providing a safe haven for cyber criminals in exchange for those criminals being « on call » to work for the benefit of the state.

The lines between nation-state objectives and financially-motivated cybercrime have continued to blur as the relationship between profit and espionage has grown, particularly within the cybercrime underground.

If war breaks out, states will need to leverage emerging technologies and prioritise speed, range and precision-strike.

As the complexity of military systems increases, allies will need to work collaboratively to remain at the cutting edge of manned-unmanned teaming and artificial intelligence.

There is a critical need for armies to be able to integrate their capabilities and people to be more than the sum of their parts, and to integrate with partners, allies and industry.

« Transformation from mechanisation to digitisation is going to be significant ; from hardware to software. Conventional and unconventional capabilities will come together in hybrid combination ; boots to bots, proxies to pixels. »

flashcard learning apps are popular digital learning tools that show questions on one side and answers on the other.

By simply searching online for terms publicly known to be associated with nuclear weapons, Bellingcat, an independent international collective of researchers, investigators and citizen journalists, was able to discover cards used by military personnel serving at all six European military bases reported to store nuclear devices.

However, the flashcards studied by soldiers tasked with guarding these devices reveal not just the bases, but even identify the exact shelters with « hot » vaults that likely contain nuclear weapons.

They also detail intricate security details and protocols such as the positions of cameras, the frequency of patrols around the vaults, secret duress words that signal when a guard is being threatened and the unique identifiers that a restricted area badge needs to have.

Iran has demonstrated the capability and intent to strike in its region and against the United States in cyberspace.

By operating in cyberspace, adversaries can cause damage while operating below the level of armed conflict, and they are targeting economies, critical infrastructure and electoral processes.

We must raise the bar. We must be resilient, and we must act.

Our success in the new era of strategic competition will rely, in part, on our ability to develop partnerships of all kinds that acknowledge shared risks, shared goals and shared solutions.

Many countries have incorporated offensive cyber operations into their overall geopolitical strategies, but North Korea was among the first nations to leverage its government hacking capabilities in the cybercrime arena.

Pyongyang uses it as an all-purpose sword to carry out a range of interconnected geopolitical and financial objectives.

North Korea is already cut off from most forms of international commerce by U.S. and global economic sanctions, so it have little to lose by engaging in aggressive offensive operations against other nations.

In the early 2000s, North Korean intelligence agencies like the Reconnaissance General Bureau « pioneered » the concept of destructive cyberattacks.

The country's innovation can even fool some cybersecurity experts..

President Biden has made strengthening U.S. cybersecurity capabilities a top priority and has already taken action to advance it, including with last week's Executive Order. The American Jobs Plan will build on that work and deliver resilient infrastructure for the American people, including a renewed electric grid. Cybersecurity is a core part of resilience and building infrastructure of the future, and the American Jobs Plan will allocate opportunities and resources to bolster cyber defenses.

In China & Russia, the teams that work on cyber warfare against our nation are full-time in-house, dedicated scientist-soldiers, who stay with their teams for decades. Their management infrastructure is not nearly so dispersed and vulnerable to turn-over, corruption, and other counter-intelligence operations.

In this Defence Innovation Talks webinar, Emmanuel Chiva explained how the agency seeks to generate, capture, amplify and ultimately integrate disruptive technologies in the French military structures and forces.

The Defence Innovation Talks is sponsored by Microsoft.

Full transcript of Director GCHQ Jeremy Fleming's speech for the 2021 Vincent Briscoe Lecture for the Institute for Security, Science & Technology

Annual report of worldwide threats to the national security of the U.S responds to Section 617 of the FY21 Intelligence Authorization Act (P.L. 116-260).

In the coming year, the U.S and its allies will face a diverse array of threats that are playing out amidst the global disruption resulting from the COVID-19 pandemic and against the backdrop of great power competition, the disruptive effects of ecological degradation and a changing climate, an increasing number of empowered non-state actors, and rapidly evolving technology. The complexity of the threats, their intersections, and the potential for cascading events in an increasingly interconnected and mobile world create new challenges for the IC.

The Militarization of China's Internet Trolls

Today, the CCP relies on an expansive network of more than 20 million « network civilization volunteers » to serve as « an amplifier of positive online voices, a collector of online public opinion information and a reducer of negative voices on the Internet. »

They operate in concert with a professionalized corps of 2 million internet commentators, employed directly by Cyberspace Affairs Commissions (CAC) and Propaganda Departments nationwide.

Volunteers are supposed to « stop the spread of various illegal and harmful information on the internet, and contribute to the construction of a clean cyberspace. »

Each commentator team follows unique guidelines, but volunteers are generally asked to post between 1–25 comments per month and are governed by a merit-based point system that determines whether they may be promoted or fired.

The bottom line is that China's internet trolls are here to stay. And if the past twenty years are any indication, foreigners should expect the CCP's online influence operations to continue growing in size and sophistication, alongside the objectives of its public opinion war.

Seth Aaron Pendley, 28, was arrested after allegedly attempting to obtain an explosive device from an undercover FBI employee in Fort Worth.

A user who went by the screenname « Dionysus » stated he was planning to « conduct a little experiment » that he said would « draw a lot of heat » and could be « dangerous ». When another user asked what outcome Dionysus desired, he responded, « death ».

A confidential source provided the FBI with the user's email address, which was registered to Mr. Pendley.

A subsequent search of the defendant's Facebook account showed that he had boasted about being at the U.S. Capitol on Jan. 6.

Extremist ideology and the associated mass-casualty acts of both domestic and foreign terrorism remain a threat to the global community. Ideology is the manifestation of deeper beliefs based upon intensely held but rarely understood underlying assumptions.

A bullet may kill an extremist but it will not kill extreme ideology.

The ubiquity of the internet and social networking involves the exponential growth of a globally connected culture. As a consequence, a comprehensive understanding of the web is critical for the defense of our nation. 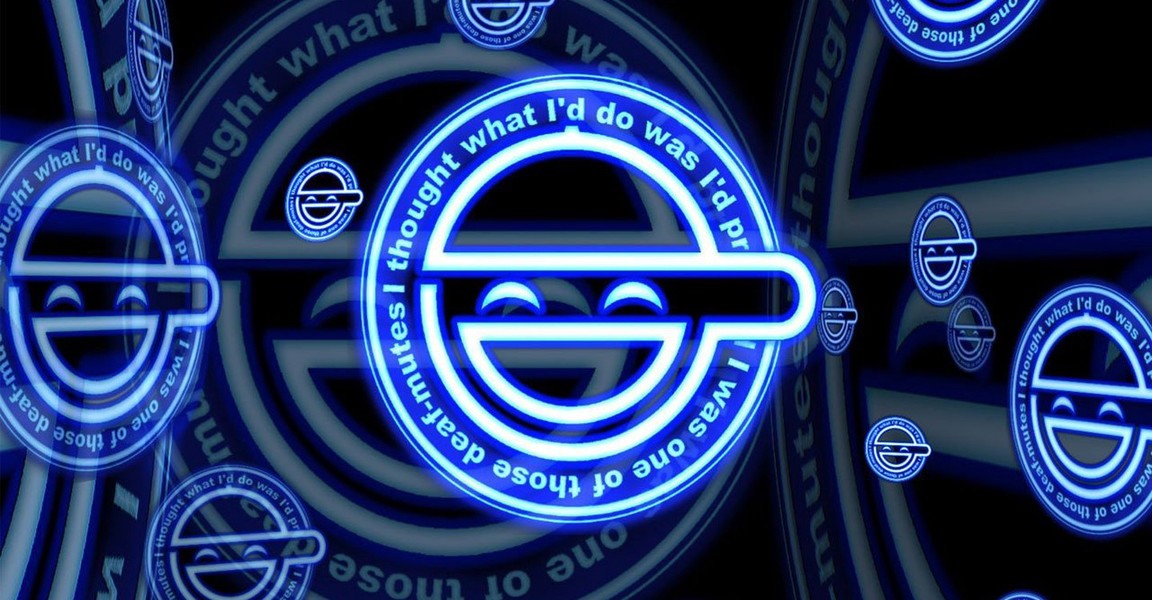